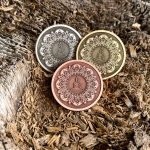 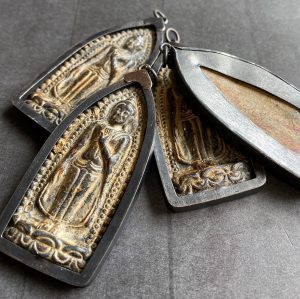 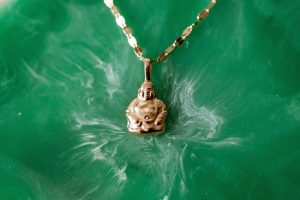 Coins are two sided, with the same image on both sides

Gautama Buddha, popularly known as the Buddha (also known as Siddhattha Gotama or Siddhārtha Gautama or Buddha Shakyamuni), was a philosopher, mendicant, meditator, spiritual teacher, and religious leader who lived in ancient India (c. 5th to 4th century BCE). He is revered as the founder of the world religion of Buddhism and recognized by most Buddhist schools as the Enlightened One who is believed to have transcended Karma and escaped the cycle of birth and rebirth. He taught for around 45 years and built a large following, both monastic and lay. His teaching is based on his insight into duḥkha (typically translated as “suffering”) and the end of duhkha—the state called Nibbāna or Nirvana.