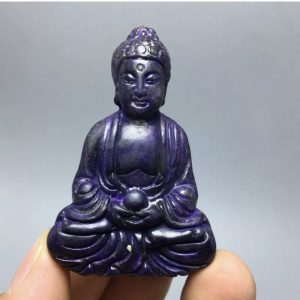 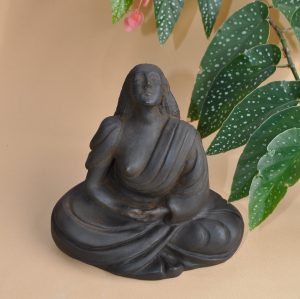 Gautama Buddha Idol hand carved in Clear Quartz, the “master healer”. Buddha can be seen meditation while holding a cup.

Gautama Buddha popularly known Buddha was a Śramana who lived in ancient India. He is regarded as the founder of the world religion of Buddhism, and revered by most Buddhist schools as a saviour, the Enlightened One who rediscovered an ancient path to release clinging and craving and escape the cycle of birth and rebirth.

Clear Quartz is known as the “master healer” and is known to amplify energy and thought, as well as the effect of other crystals. It draws off negative energy of all kinds, neutralising background radiation, including electromagnetic smog or petrochemical emanations. It balances and revitalises the physical, mental, emotional and spiritual planes. Clear Quartz acts as a deep soul cleanser, connecting the physical dimension with the mind. It stimulates the immune system and brings the body into balance. It also harmonises all the chakras and aligns the subtle bodies.